An ancient copy of the I Ching found in the Shanghai, China library reveals that not only do the 64 hexagrams of this...
Posted by Nassim Haramein on Thursday, April 30, 2015 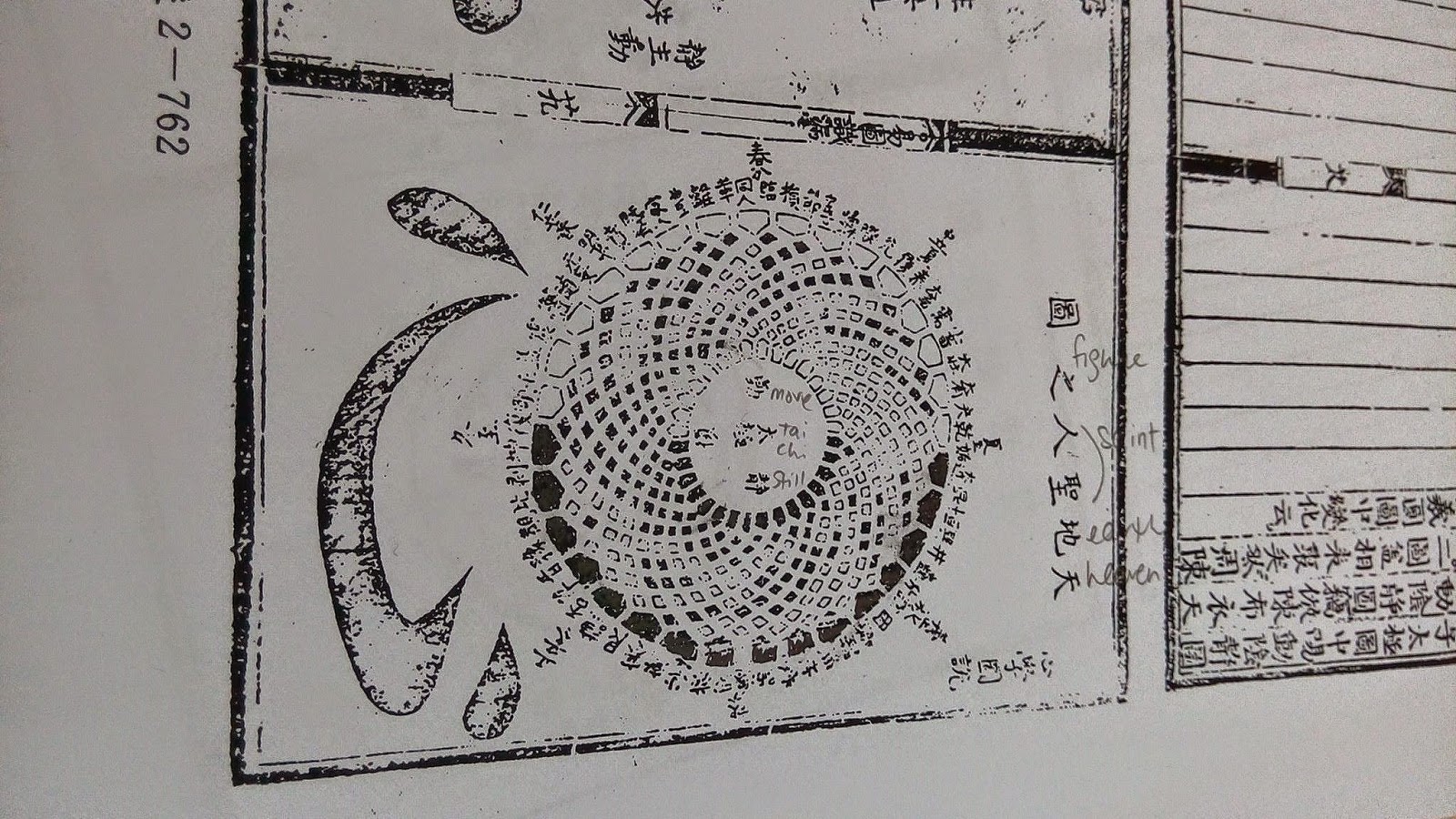 (keep in mind this post is preliminary, early, speculative thoughts on how EM drive actually works based upon a unified physics approach)

The theory behind EM drive can be understood by reviewing Nassim Haramein's work.  These Google+ links point to the papers at http://hiup.org/publications, specifically  http://hiup.org/wp-content/uploads/2013/05/torque_paper.pdf.

Besides the papers, many of Nassim's videos also explain the fundamental concepts underlying the theory behind the EM drive.

So, for the layman and expert alike, it goes something like this:

Due to the moving of matter that has charge, the fluid-dynamic like analysis of charged matter flow results in a cross-product solution to the relationship between the local gravity, it's angular velocity,  and  the resultant magnetic field is similar[1] to the solutions to Maxwell's equations for electromagnetic fields.


This analogy has been known for a long time (mass flow dynamics producing these relationships between gravity and magnetic field), and are impractical for real use applications, however, it points out it is possible.

Now, combine that theoretical analysis with the results from the gravity Probe-B experiment. Gravity probe-B proved Einstein's field equations (EFE) with respect to frame dragging actually proves gravitomagnetism. These phenomena were mentioned and linked in previous posts, and once clearly understood, we can now next move on to a possible explanation of exactly how the effect can be achieved here on Earth with a practical device.

So, now, here is how it works. First, one must understand the nature of the fabric of spacetime (a super-fluid like dynamic plasma?).  I'll do my best to explain it, and Nassim's material simply explains it much better and more clearly than I am, however, I want to get to the essence of the phenomena so one can see just how simple it is:

Now, this EM plasma can be created in different ways.  A simple way is to create a rotating magnetic field as is already done with electric motors, however, an electric turbine (without a physical rotor, but an EM plasma rotor) is needed, like a DC brushless motor driver waveform can create a rotating magnetic field in the correct structure when driven with the correct phase.

So, now, imagine creating a dual-toroidal plasma vortex where one pumps a huge amount of energy into the rotating plasma.  The driving method to create the rotating field can then be modulated to create slight imbalances or symmetry breaking - symmetry breaking when considering that the IVM is the only VM that can fulfil Newton's for every action there is an equal and opposite action. So, by driving the phases properly, one can establish an gravito-electromagnetic thrust that when mounted properly to an airframe and vector direct it to any direction desired. The whole idea is to create an intense EM disturbance, a coherent type toroidal disturbance in the fabric of spacetime and then use it to produce thrust.

The effect, once properly understood and implemented in parallel with a vacuum energy extraction or resonator device to power the whole thing (unless simply getting a vortex started taps into the vacuum energy), likely has immense capabilities,  This is speculation in a theoretical based attempt in the framework of the unified physics to describe some new phenomena that mainstream science is incapable of explaining.

So, basically, a dual-toroidal vortex in the fabric of spacetime can be thought of as analogous (and remember analogies quickly fail) to creating a vortex in the ocean and then a slight imbalance in a thrust-vector fin directs thrust one way or another and propels one forward. (the coupling to the ship would be via mechanically connected electromagnetic forces that are themselves coupled to the local gravitational field. However, it is easier to think of it like pushing off of the super-fluid fabric of spacetime if one puts enough energy into it at the correct symmetry-breaking phase.

The purpose of the toroidal vortex is to use the energetic disturbance in the fabric of spacetime to slightly warp space or break some symmetry to create directional thrust.  Unknown navigation equipment required, however, it is likely a mind link interface.

This is all guess work based upon my understanding of the unified physics, so it is so very prelimary, it could be wrong, however, based in the unified theory, it makes sense and can be rethought unti it makes perfect sense.  And if this is way to far off, I will likely delete it all...

there are Nassim Haramein's patents that have a device for performing these kinds of experiments:

I know NASA is talking about an EM horn type antenna thruster, however, the efficiency of this is very low.  Much higher effect is required, thus, the proper resonance pattern with the vacuum of spacetime is required.

Other references (based on vacuum density fluctuation interaction as well):
It looks like it's time for some lab work...