It's time to get yer turbines in a twist!!!

The left side are terms that have traditionally been considered to account for the curvature or warpage of space (spacetime). (I say traditionally because we may find out soon that the way the mainstream science looks at things may not be exactly 100% correct)

The right side terms are concerned with energy and mass and such thus each side must carefully considered the entire process to fully account for how Nature behaves.

This approach results in a much closer match between theory and observation.

Nassim's torque.pdf paper "The Origin of Spin" clearly goes over this (since 2004).

Even the casual observer can see that this theory matches the observations more closely than the limited early approach with the same equations: 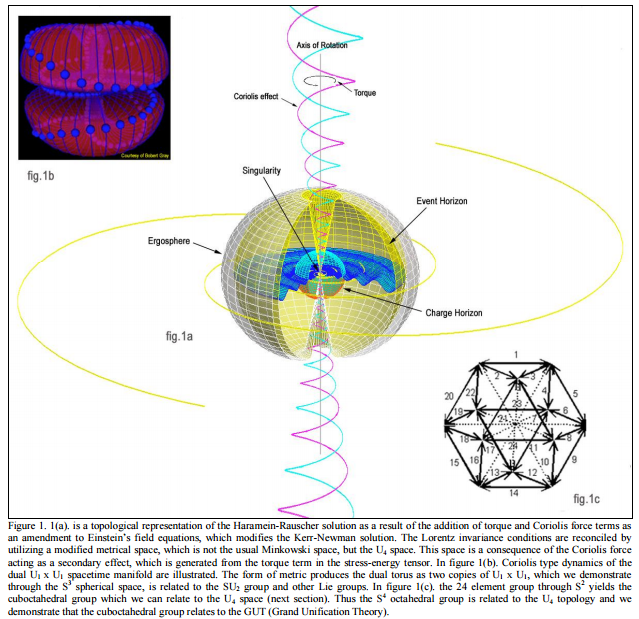 It simply requires a clear mind and clear thinking to see this is the same science as Einstein et al, only Nassim has more clearly and accurately defined the boundary conditions and the fundamental theoretical assumptions.

A careful analysis shows a non-zero value for the cosmological constant ($\Lambda$, the density of the vacuum of space).  We will analyze this further as we dive deeper ALSO into Nassim's torque paper as well as wrapping up the $M_P R_P=4LM$ derivation.  During this deep dive into Nassim's torque paper, we will be examining the fundamental concept of the density of the vacuum of space time, as I have been using it to derive equations, to see if it is consistent with what EFE has to say about energy, matter,  and space.  And we will revisit, totally, logically, the underlying fundamental theoretical assumptions that form the basis of our modern theories and how to correctly account for the way Nature truly behaves.

Here is a link to a YouTube playlist Prof. Leonard Susskind on General Relativity.

I do have one question:  what's the big hold up?
(What the mainstream professionals have been saying to Nassim since the 1970's)

Nassim has got "to learn to stick his nose in there!"

Posted by PhxMarkER at 9:07 AM