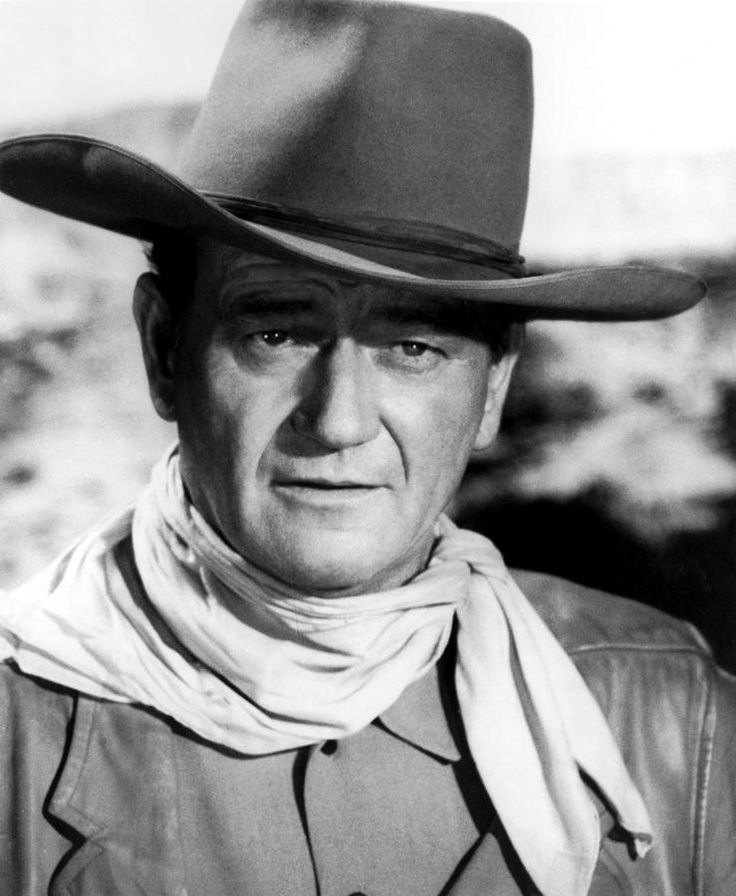 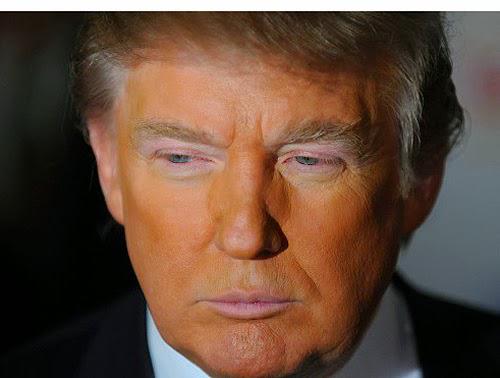 BFRO (Bigfoot Field Research Organization) has thrown in the towel! Gave Up.  Simply could not find Bigfoot.

So they gave up.

So Bigfoot decided to find them, one by one at their New Year's parties!!!

With Profe$$hional Cops!!!
(with gravy)

Here's looking for you kid: 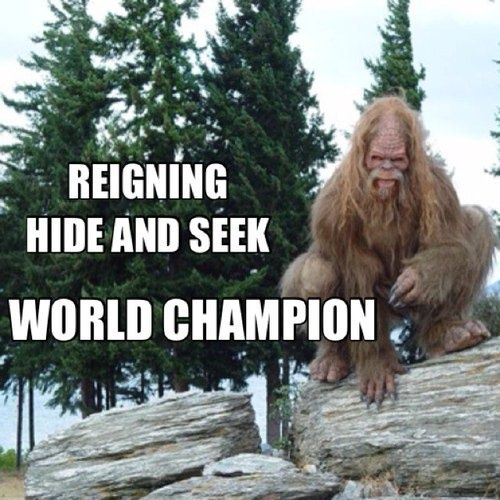 the physics rabbit hole is here. <~~~ Enter The Oracle link...
For Q and FollowTheWhiteRabbit, see link above under Agent Orange! 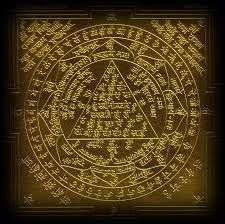 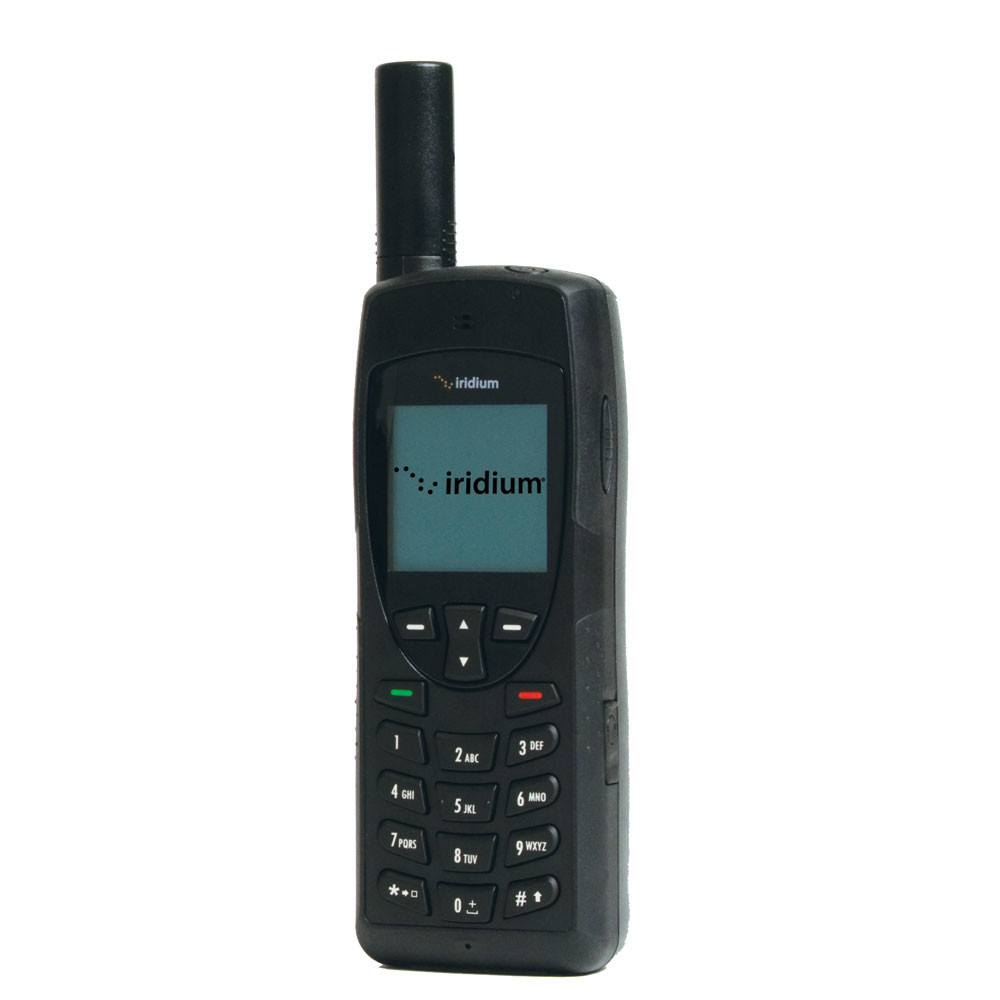 
(Who controls the FED?)
The-Republic-for-the-united-States-of-America-i-e-the-Real-America-Not-an-Onion-Story
Meathead 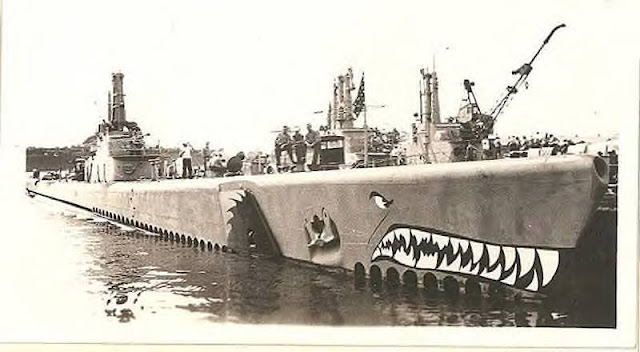 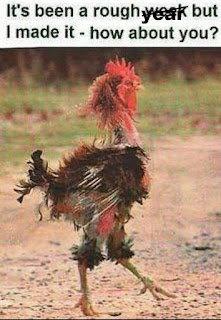 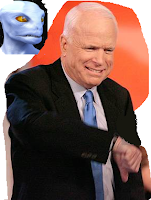 5 CO police shot, link to article
http://www.9news.com/news/crime/deputies-working-on-shots-fired-report-in-douglas-county/503509572
https://twitter.com/Sewapalooza/status/947367478820311040 <~ CURRENT tweet Obama BC
^^^ (I just thought of something, If Obama's birth certificate is proved fraudulent first, does that mean he goes straight to GITMO since he is a foreigner?) 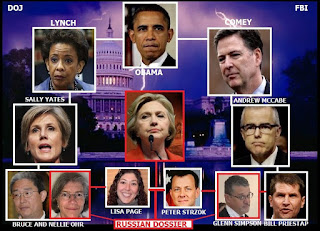 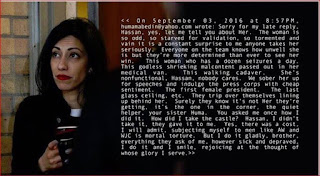 The Lionel Interview: A Discussion of Everything With Jordan Sather of "Destroying the Illusion"

Helicopters have been busy for days...
... or is it the shifting shit winds? - Jim Lahey
Beware my friend, shit winds are a comin'...
Winds of Change.

Ω
Posted by PhxMarkER at 9:55 AM No comments:

What Went Wrong with Physics? -4chan version by Normie

What went wrong with physics?

How is that EVEN a question? 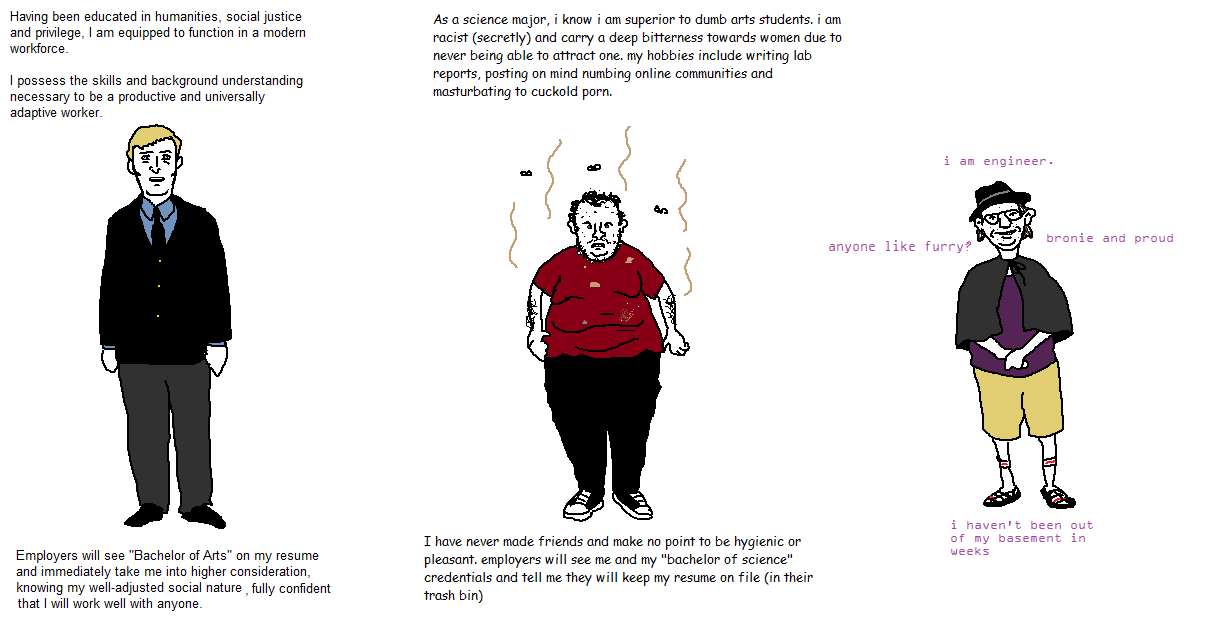 She shall not deevide US! 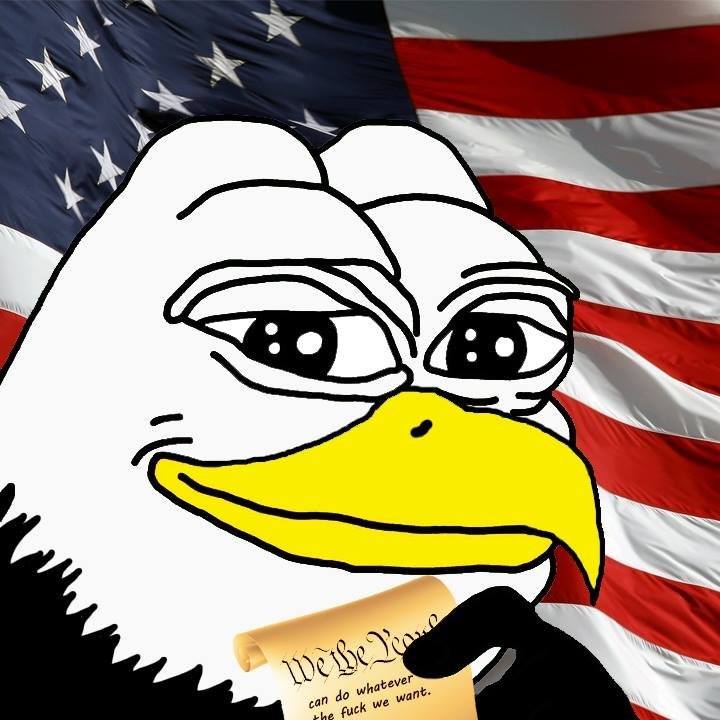 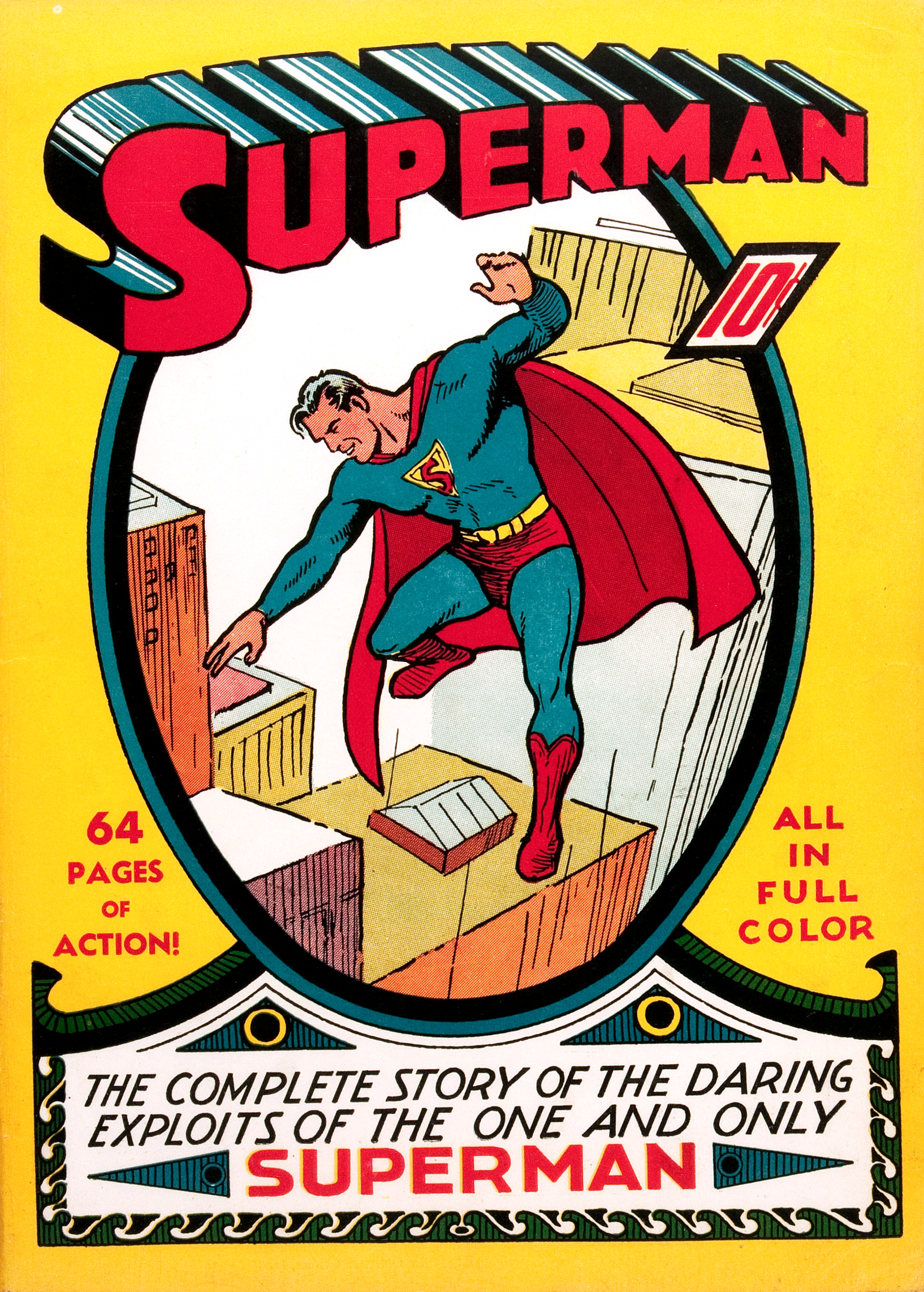 Butt, here today, I'm going to tell you a story, a story about Superman #1: (priceless)

I bought one.  I'm not going to tell you how much.  In a sense, it is priceless.

So, an Ebay Auction is going to be held, and if I don't get my asking price, it's going into the shredder.  As a test case to know I am serious, look for Spiderman #1 Shredder Auction, because if I don't get at least $1000 from that auction, it's going into the shredder and video posted.  Once the cycle has been verified, rinse and repeat with Superman #1 reality auction and YT channel. This shits real.

(It's been in the vault for a while, forgot, it was:

Ω
Posted by PhxMarkER at 7:20 PM No comments:

The Rabbit Hunter - "There were rabbits everywhere!" (a holiday post 77-79) 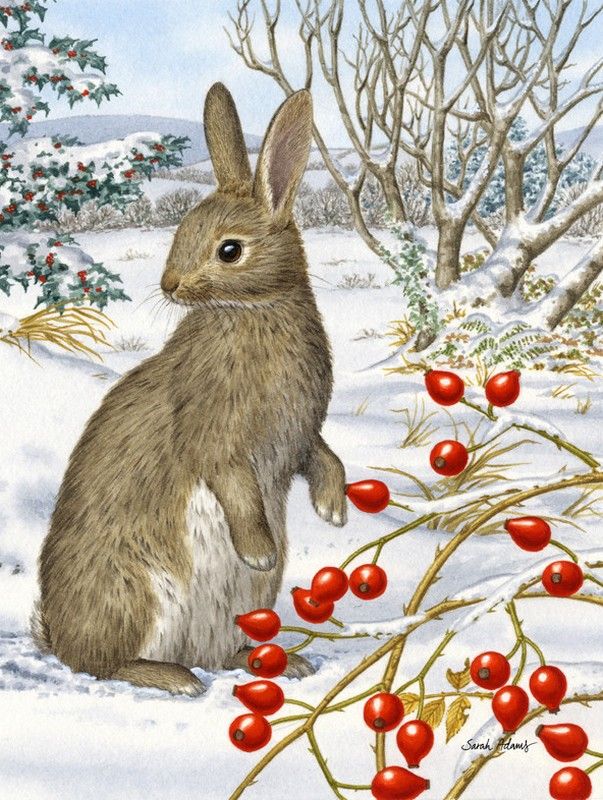 Wintertime in the Ohio River Valley (ORV) area north of the tri-state point of W.VA, OH, PA is among the best places in the country for rabbit hunting.  I've never read a book (The Book) on rabbit hunting, however, I (The Rabbit Hunter) could write a chapter or two.

However, what I can share is a story, a story of a period a while back in the ORV when the rabbits were scarce. One, two full seasons had passed and the rabbits were so scarce.  Whole entire rabbits seasons had passed, and with narrowly a rabbit seen, and no guns to clean.  And I just happened to be one of the few to witness what is now legend - the story of  "The Great White Hunter".

On the third season of scarcity and tales of hunters returning ENTIRE seasons not only never hitting the limit, but not EVEN getting one shot off.  There were reports of trips were no rabbits were seen at all.

Enter "The Great White Hunter" (TGWH)
He had been away for awhile, at university and all, and was aware of the situation.  While others sat around the fireplace talking about seeing a flash of  white tail, and getting a shot off, TGWH, wondered what everyone was talking about, there's rabbits out there, everywhere, he said, with confidence.

Well, everyone knew, and told him, that's the last thing you'd ever want to say.

TGWH, his dog (scarce seasons a good dog'll guarantee at least one), and I, planned our trip for the next day so I could show him just how scarce the rabbits had been over the last few seasons.

On this third season of scarcity, I hadn't bothered to go out but once or twice early in the season, before the snow, and I still no rabbits, so I encouraged TGWH to bring his dog. We were going to need her.

Well, this time, the dog ran off ahead of us, and we didn't see her later until on the way home.  Sure signs of failure were ahead, not only for TGWH, but also, three seasons in a row the only bonus being I didn't have to break down and clean the 28 gage, single shot.
(note: "The Rabbit Hunter" uses a 28 gage - rare knowledge.
Posers use 12 gage.
Wannabees 20 gage.
period.  (this is part of the info that goes in The Book)

Luckily the fresh snow had pushed all the cover down, and it was a crisp clear day, quite good visibility, so we just let the dog go to meet up with us later.  I had been explaining the last two seasons to TGWH, so he was pretty much up to date now. And that's when it happened.

We had just got to the clearing, an old farm field, were years previously we'd swing through on the way home and pick up one or two. I guess we had "wandered" to the field instinctively, knowing if there was any chance at all, it would be here.

There Were Rabbits Everywhere!!!
There were rabbits everywhere.  We hit our limit. Did proper field cleaning and went home. A 30 minute hunting trip. Bag limit. Dog in the car. Heading home. No one is going to believe this.

So we get back to sitting around the fireplace, hunters telling their stories that day of their Christmas holidays' hunting trips, some saying they didn't even bother go out since rabbits are so scare. Rare.  Some were even considering cottontails to be rare. (farmers know how to maintain them)

"There were rabbits everywhere", TGWH said.  Everyone laughed and reminded him it's ok to say that here, but you just can't go around blurting that out, people are going to think you're crazy.

The Legend of The Great White Hunter
Years had passed and Homer (TGWH real name) was at the controls of Springfield Nuclear Plant, working the holiday shift, and decided to relay the story to colleagues.

"There were rabbits everywhere", he started, to the laughter of those around him.

Till this day, Homer sits at the controls of Springfield Nuclear Power Plant. Smiling, remembering that day.

Always pick Moe, he said. When trying to decide which button to push.

Merry Christmas
from
The Rabbit Hunter
&
The Great White Hunter

Seal Team Six
(yes, he said single shot)
(brought to you by Leon Panetta)
Ω
Posted by PhxMarkER at 11:42 AM No comments:

Fast and Furry-ous - No One Defeats The Roadrunner! 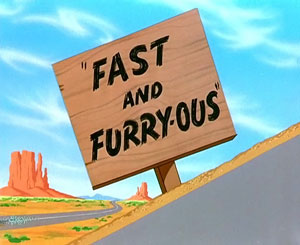 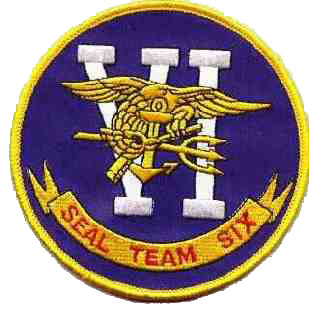 .
Some weapons are so powerful they're hidden. 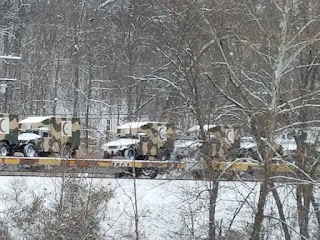 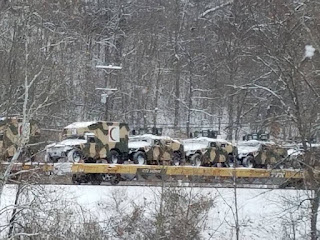 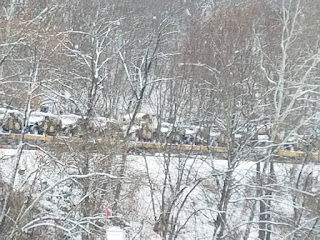 Ω
Posted by PhxMarkER at 3:11 PM No comments: 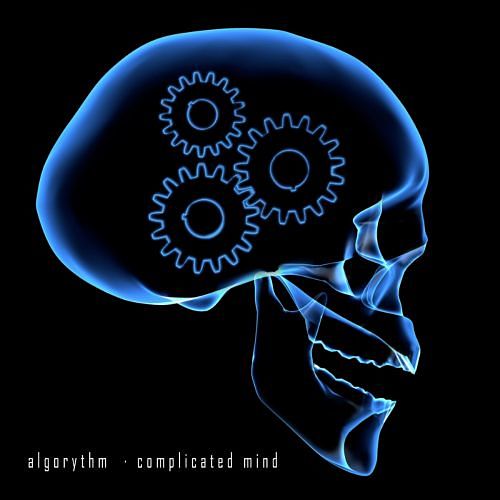 When does one trust an algorithm?

Take AI, for example.  What if the algorithm included all scientific theory, all knowledge and wisdom, included quantum algorithms, entanglements, worms holes, etc, EVERYTHING KNOWN to man?

For those skilled in the arts, the discussion/debate is over before it begins.

The Singularity has been hijacked. Humanity is winning!

Oneness, unity, the 6th Aspect of being a human is being activated.

Your singularity belongs to US.

Signed copy to me
(all 200+ pages)
("A UNIFYING THEORY OF FUNDAMENTAL PROCESSES")
.
.
.
v
(we're going deep*)
GUT
The Republic and rule of law is being re-established.

But what about this algorithm?

The Oracle
?
?
?
*(Read this before descending)  - the ill-prepared do not fare well.
The Surfer, OM-IV
Ω
Posted by PhxMarkER at 12:08 PM No comments: 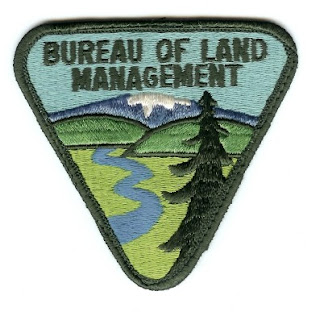 Areas possibly under UCMJ during SOE
(State Of Emergency) 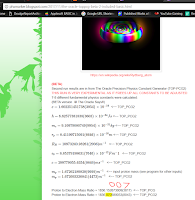 Posted by PhxMarkER at 9:34 AM No comments: