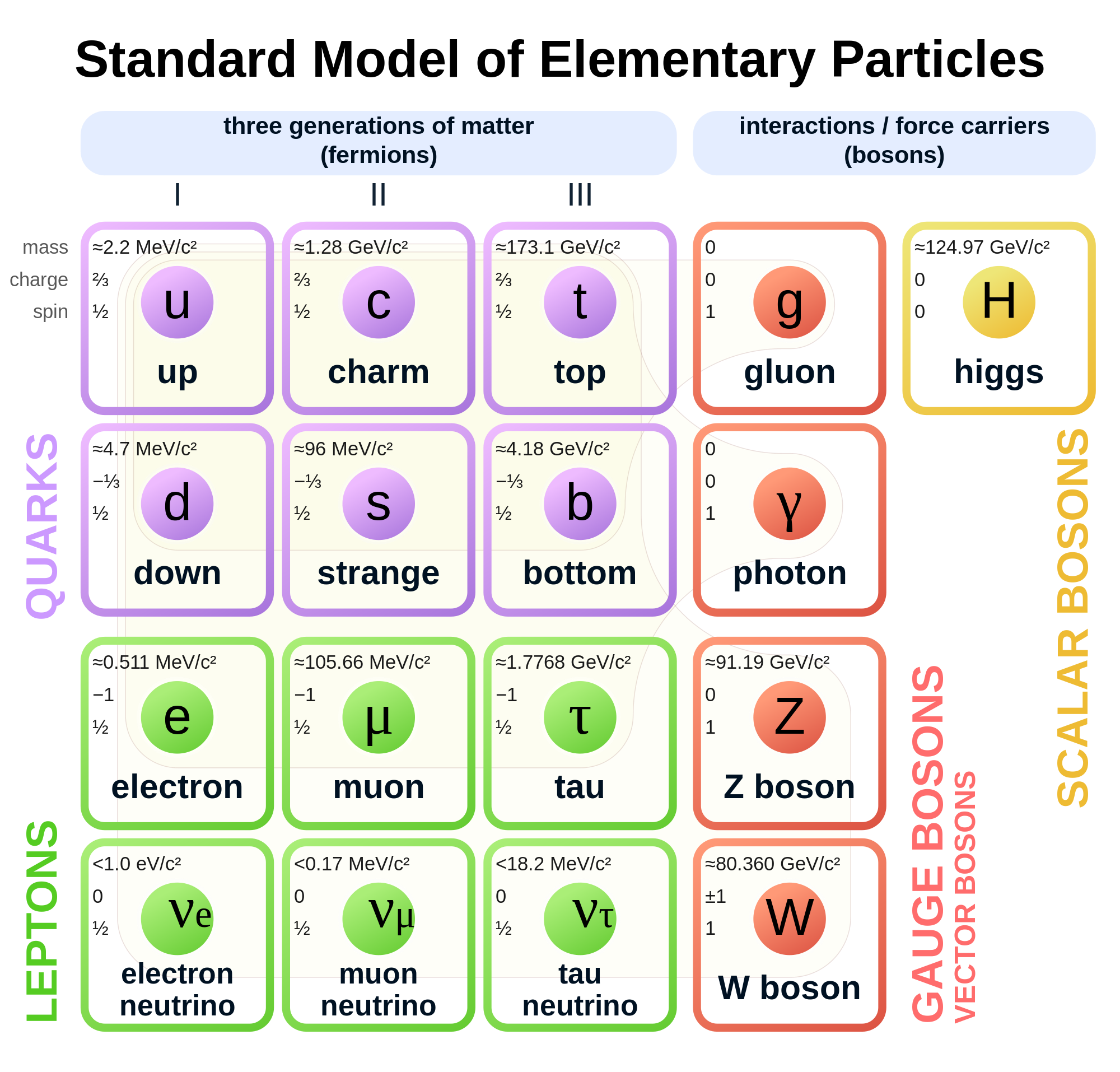 We can now calculate, from first principles and fundamental Planck units, the mass of blackholes, protons, and electrons. (link to post about new electron holographic solution)

The proton actually is a fundamental particle as well.  The Standard Model considers that the proton is composed of quarks, thus not fundamental.

For all the success of The Standard Model, it is incomplete, and, while it works very well for some things (QED, QCD, etc), it has issues.

Anyway, we can now calculate the mass of one of the elementary particles in the table above, the electron.  It seems then like the muon or tau particle would be the appropriate particle to target next to see if we can calculate its mass, and perhaps along the way determine or demonstrate exactly what works and what does not work with "The Standard Model" way of looking at things.

For now, we will list the masses of the first three leptons:

And their relative mass ratios:


Since the muon and tau are simply more energetic electrons, it seems like if these were actual particles, we should be able to find an equation that predicts their masses based upon first principles and fundamental Planck constants.

To do this, we will have to look more deeply into the muon and tau particles.  We are having great success so far at applying Haramein's Holographic Solution, and the approach will either solve for the masses of these other particles, or explain what is wrong with The Standard Model.

Since this work is too large to fit in the margin of this post, we'll do it over the next few posts, and months, until some resolution is made.

The writing is already on the wall that The Standard Model has missed the boat, while at the same time MISSING a whole lot of things that really matter.

That's all for now.