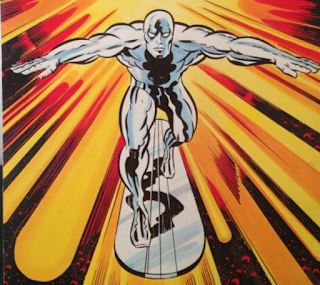 By inspection of equating the two force terms:
$$G=k_e{Q_1\over M_1}{Q_2\over M_2}$$
To the zeroth (0th) order, ordinary matter is neutral, every proton's plus+ charge is balanced with a negative charge.

Since we are initially discussing an equilibrium (static), balanced, Nature, to the zeroth Order, ${Q\over M}=0$, thus, no effect.  We won't bother into going into a charged ball or point, since that is well covered in the literature.  However, where we push forward is by taking it to the next level - adding a dimension to the problem:

The next step is to calculate the effective residual charge.  This is done using Haremein-Rauscher solution to Einstein's GR (adds torque, coriolis, for a thrid solution after the Schwarzschild radius, and the spin/charge solution of the 60s.
$$m_{BH}={\beta\over\eta}m_{\ell}$$

We have shown previously that Haramein's geometric-informetric approach agrees with GR:
$$r_s=r_h={2Gm\over c^2}$$
So, now we have the equation to use to calculate the radius of our negative shell of elctrons that are RIGHT at the event horizon.  The protons, the plus charge, are all at the center of the black hole.  So, now, we can determine the residual force due to the fact that the protons and electrons do not cancel each other out 100% EVEN in the far field.

The Surfer is at home in the Far Field.